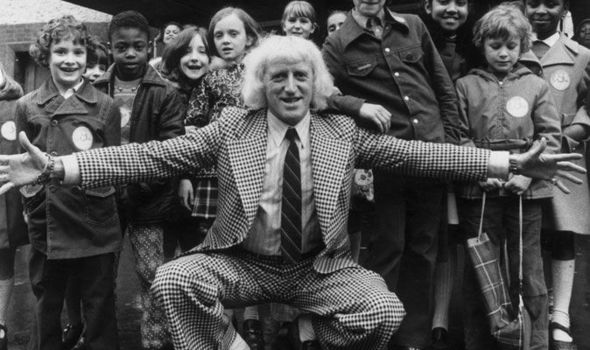 I was slightly surprised when I received this nomination earlier in the week. I thought, have we not got him already? Turns out not. Just as in life, it seems the Sav has a way of evading justice for extended periods. Anyway, he’s here now, so rank him,

Nominated by: Mike Price from Shropshire

As Mike says, it’s obvious why Jimmy Savile should be nominated for Cunto.

However, just in case you’re from somewhere that isn’t the UK, you might need to be educated. The thing about Jimmy Savile is that he wasn’t just the most monstrous nonce and possible corpse-fiddler the nation has ever seen, he did it all in plain view and somehow got away with it right up until his death in 2011.

In the meantime he had built a career as one of Britain’s most beloved entertainers, dominating TV and Radio for decades, chumming along with Prime Ministers and Royalty and earning a knighthood, the first ever DJ to do so.

After his death allegations started to surface and be listened to. Some allegations HAD been made during his lifetime but they had all been shut-down and dismissed. Police forces and the BBC played their parts in keeping Savile “clean”. The scale of Savile’s reign of paedo-geddon shocked the British public to the core and can best be illustrated by copying this sentence from Wikipedia:

“In January 2013, a joint report by the NSPCC and Metropolitan Police, Giving Victims a Voice, stated that 450 people had made complaints against Savile, with the period of alleged abuse stretching from 1955 to 2009 and the ages of the complainants at the time of the assaults ranging from 8 to 47. The suspected victims included 28 children aged under 10, including 10 boys aged as young as 8. A further 63 were girls aged between 13 and 16 and nearly three-quarters of his alleged victims were under 18. Some 214 criminal offences were recorded, with 34 rapes having been reported across 28 police forces.“

The weird thing about Savile is that after his death and after the allegations, everyone started saying “I knew he was a bad ‘un” but NO ONE in any position of authority did ANYTHING about it in all THOSE years (he was 84 when he died).

I reckon there’ll be more revelations in the years to come as his protectors die off and their secrets are revealed.