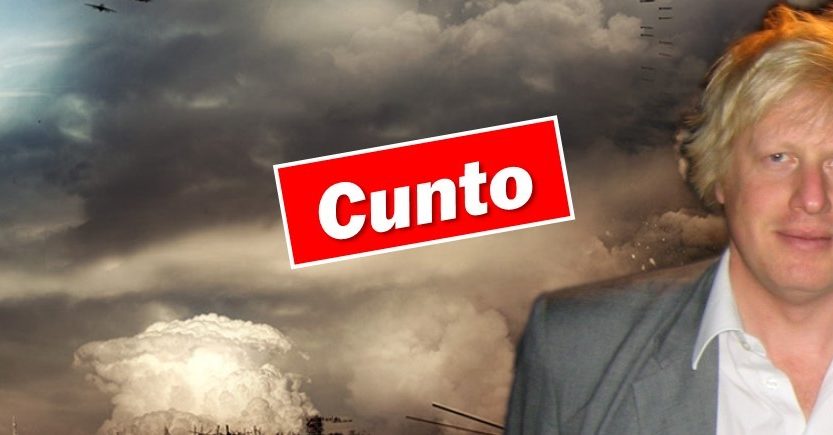 Nominated by: Anneka and Yas

In a deck of Cunto Cards?: Yes

When they made their separate nominations, Neither Anneka nor Yas are particularly fulsome in their accusations of cuntery against Prime Minister BoJo.

Anneka (of Nottingham) just says that he is a Lying Cunt while Yas from England just says ” He fucks everything up for England.”

Normally I would put such scant nominations in the bin but Johnson is the Prime Minister, he is already on the cards and it seems wrong to have the Cunto chart without him, so here he is.

If you have anything more to add then add a comment. To pad things out, here are some comments directed against Johnson that I gleaned from a quick internet search:

We’re always against every Prime Minster, no matter what political party they represent.

Just being PM is easily enough to make you a Cunt. It’s a simple as that.

This one does seem like a particularly nasty cunt though, with his racist edge, fridg-hiding talent and a habit for just making shit up.

So go ahead and vote for Boris Johnson using the stars.