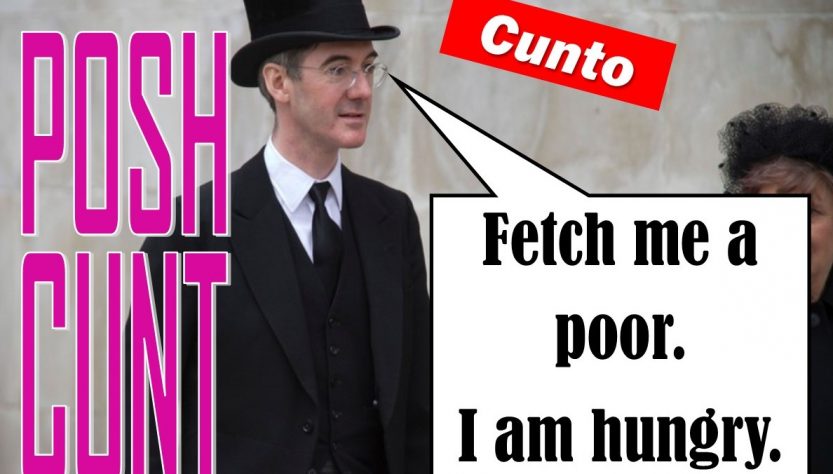 We have received a nomination for this Tory shitbag. The only surprise was that he wasn’t on the list already.

Nominated by: Andy Kyle from Prestonpans

“You can’t have a cunts league without Jakey Mong.”

As noted above, the real surprise here is the poor-hating human streak of piss, Rees-Mogg hasn’t already been listed on our cunt ranker. Recent events have returned the pro-Brexit shit-juggler to the limelight with an interview in which he suggests that Brexit might take fifty years or so to work itself out.

Some of readers will be concerned for the toffee-nosed Shitler’s future, given that he could lose his job as an MP at any time.

Don’t worry though, the council-hating spud-cocked aristocrat will be absolutely fine, given estimated his net worth of £100 million. Most of us couldn’t imagine having one million, let alon a hundred of the cunts.