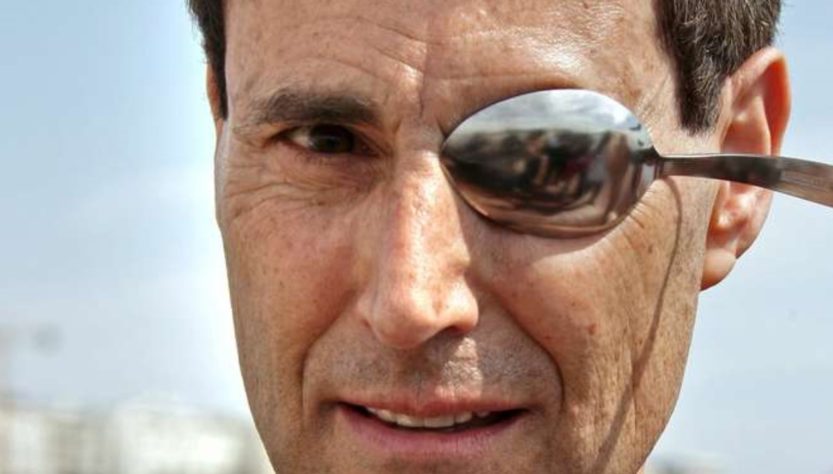 And now, an Israeli who bends spoons. What is the fucking point of that?

Uri Geller was a normal everyday cunt in the 1960s but somehow became world famous in the 70s for performing minor magic tricks including his famous trick of bending spoons, apparently with the power of his mind.

People of today may not understand how this could happen but you have to understand that TV in the 1970s was so lame that a common music-hall cunt like Geller could become world famous and gigantically rich, just by being on TV a few times.

Back in the day there were only two or three channels (no youtube, no nothing) so whatever did make it onto TV immediately had a mass audience.

No doubt about it, there was some terrific entertainment on 1970s telly, but there was also a swathe of dross which would nowadays merit 50 views on youtube.

Anyway, Geller has been repeatedly debunked ‘s, particularly by an American bloke called James Randi, but Geller’s real talent turned for self-promotion and showmanship. Despite the flimsiest of talents, Geller managed to make millions and keep himself in the public eye, pulling stunts like the 1996 incident where he claimed that his psychic powers had moved the ball off the penalty spot in the Euro ’96 Scotland v England game, resulting in a miss from Gary McAllister and disaster for Scotland.

Scientists have analysed this claim and discovered that if he’s telling the truth then that makes Geller a cunt, whereas if his claim is spurious that just makes him a different kind of cunt.

If you’re the sort of person who is easily impressed by utter nonsense, the good news is you can buy the Uri Geller Mind Power Kit on Amazon and kind of, more or less, become a psychic mega-being just like Uri.

What a cunt. So go ahead for Uri Geller and vote using the stars. 5 stars = big cunto, 1 star = no cunto.