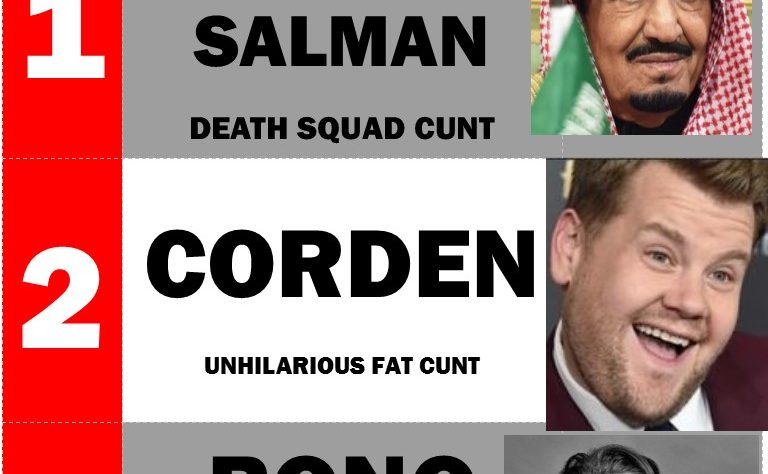 Here’s the weekly Top 3: a killer, a moralizer and a fat cunt:

WORSE THAN THE QUEEN TAKING A SHIT

Corden is back in the Top 3 after a two week break. Twitter confirmed the other day that it would rather watch the queen taking a shit than one more minute of Carpool Karaoke.

Bono’s back in the charts after telling some news service that the EU should take over the world. Aye, whatever, cunt.

And King Salman of Saudi Arabia is on top of this week’s Cunto Squad for fairly obviously getting a journalist murdered and then giving it full “it wisnae me”. Cunt.