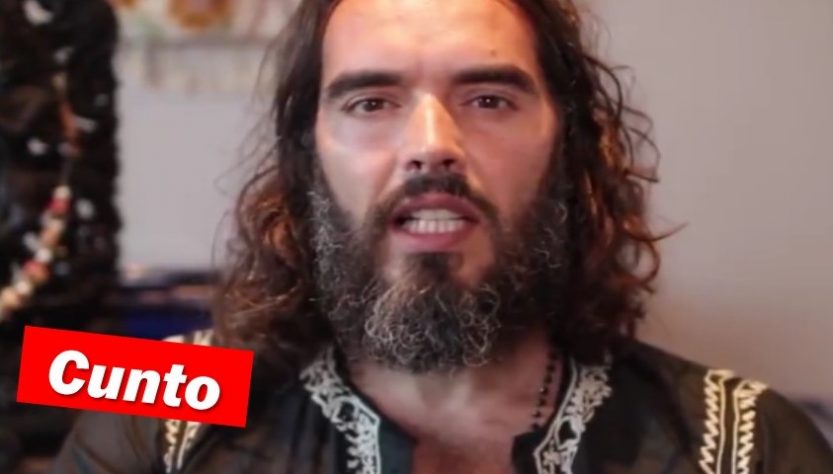 Here’s the weekly peek at who’s hot in the Cunto world of Cunts: 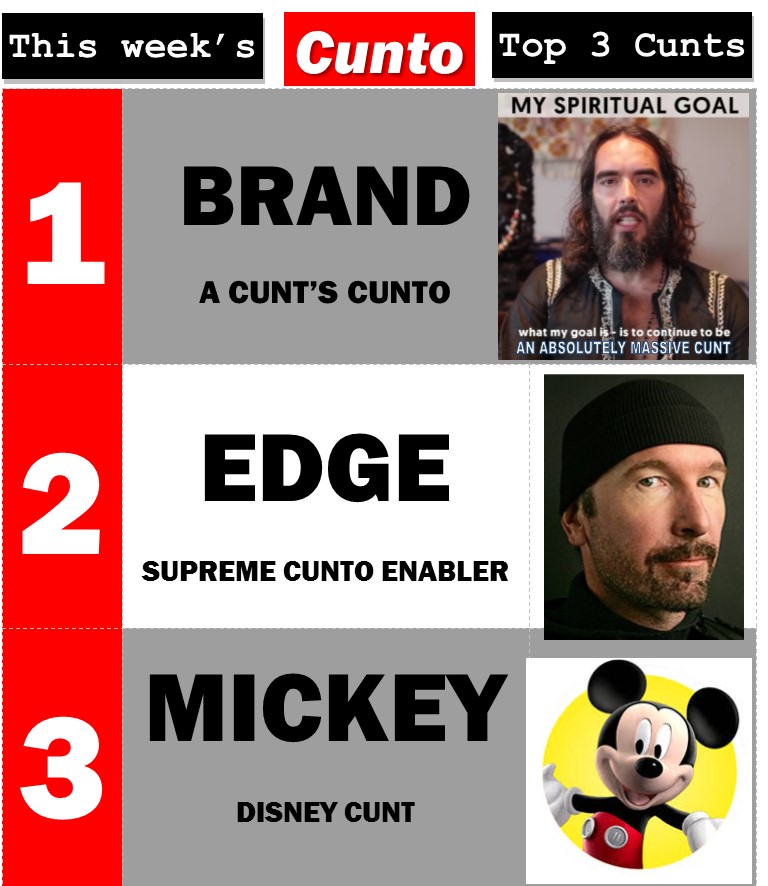 Top of the weekly roll-call is leader of the London cell of Al-Cunto, mister Russell Brand and his new age persona. I’d partially forgotten about Brand’s level of cuntery until I saw video on Twitter the other day:

He uses his hippy guise (beard, tap, the lot) to deftly deliver a couple of empty minutes full of nothing which somehow comes wrapped in a smell of meaningfulness. How does he keep getting away with it. In some ways, respect is due for his sheer neck but in other ways he’s just a cunt. The final decision is yours.

Second up this week is THE EDGE out of U2 who may not be biggest cunt in U2, but to be honest Bono could have Hitler on drums, Stalin on Sax and Trump on triangle and he’s still be number one. In some ways The Edge has been getting away with it for years, shielded by the upfront Cunto power of his singer. But this guy is called “The Edge” and that should be enough to seal the deal. Can also be seen as prime Bono-enabler. Very bad.

Third this week is old school rodent, Mickey Mouse who has been posioning childrens minds against their parents for generations. So much cheese.