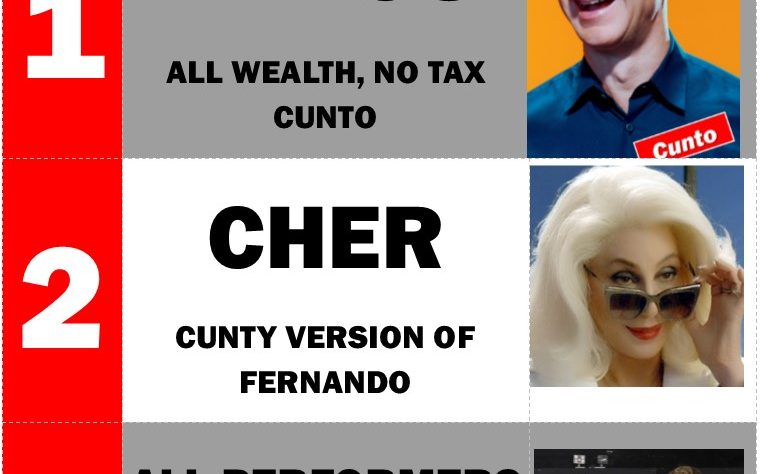 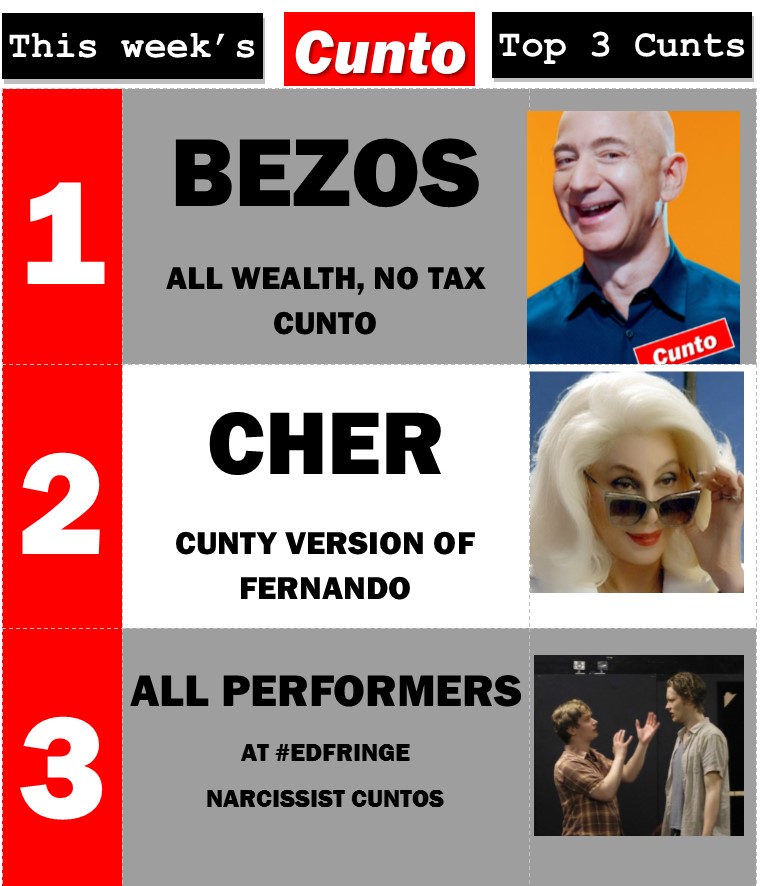 Top billing goes to Jeff Bezos from Amazon. The profits keep going up but the tax paid keeps going down. The guy is either an actual magical wizard or a total cunt. I read somewhere the other day that Bezos adds $59,000 to his personal wealth every minute. Or maybe it’s every hour. It doesn’t really make any difference does it? He makes more money in a day than I could shit on in a year.

That’s not fair. NOTHING IS FAIR.

By the way you can get Cunto Cards 2018 on Amazon, but they’re cheaper if you buy them here.

Second on the list is Cher. If we put the radio on here at Cunto HQ it’s either Radio 5 or Radio 2 (or sometimes Radio fucking 4 which is always interesting for a couple of hours until some posh cunt comes along and ruins it). Unfortunately Radio 2 is currently out-of-bounds due to Cher’s piss-awful cover version of ‘Fernando’ which is getting heavy rotation.

Fernando was never ABBA’s greatest song but listening to the original alongside Cher’s turd is like comparing the experience of being cajoled to pleasure by a silk-gloved Nigella Lawson in a salon, versus getting brutally fisted-off by a Scouse docker in a wig round the back of Mecca.

They’re just not the same thing.

Speaking of performance, Cunto.org is based in Edinburgh which, for eleven months, of the year is a great place to live.

However, during August, the city succumbs to the terror of the Fringe. Every cunt has a lanyard. Every cunt wants to give you a flyer for a shit “show” than no one will watch or care about. Your journey through town will take an additional hour because of the huge population influx to the city: 50% performers and 50% gormless tourists.

It’s day 2 and we hate you all already, you shower of fucks.