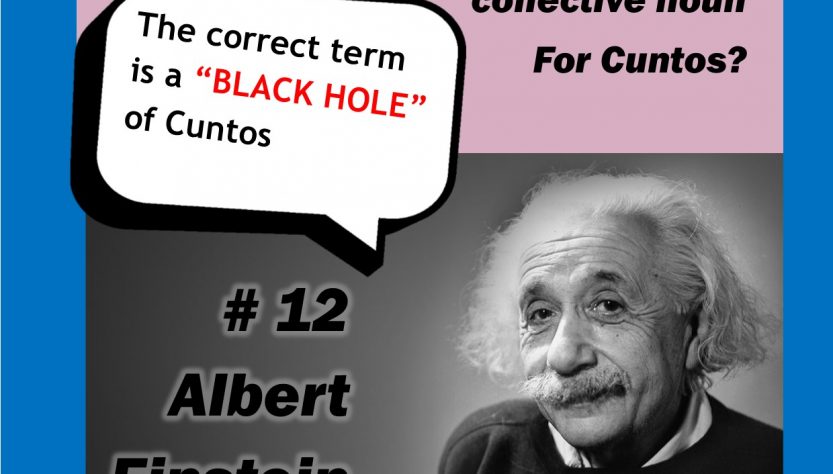 After Diane Abbot last week, let’s get someone brainy to answer the collective noun issue.

Like most of his copied work, Einstein has nicked his best ideas from our own Professor Stephen Hawking III Jr. who died this year and left no secrets to be untold, having cleverly written it all down in books.