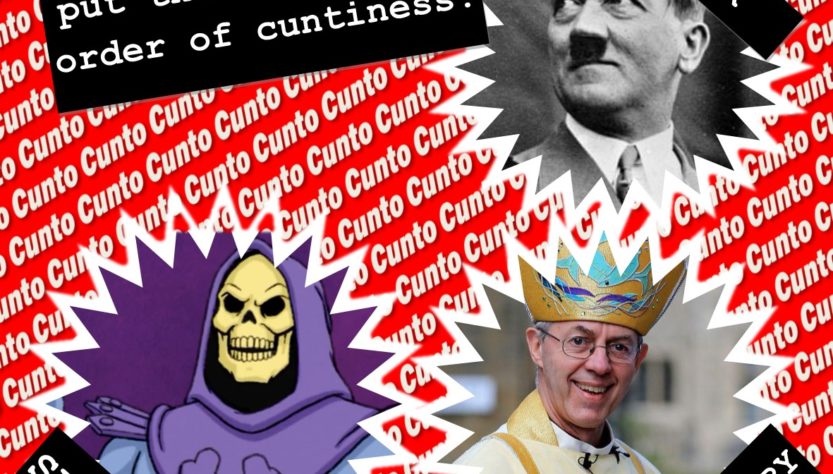 Skeletor is everyone’s favourite villain but bottom line is he’s a cunto.

The archbishop of Cunterbury has got his own palace and used to run the oil industry. Cunto.

Hitler attempted to gas an entire race of people because he was turned down by a girl when he was a teenager. Cunto.

Yes, they’re all cunts but how do your rate their crimes. Who is the worst? And who is least-worst? And who kind of goes in the middle?

The challenge is yours…