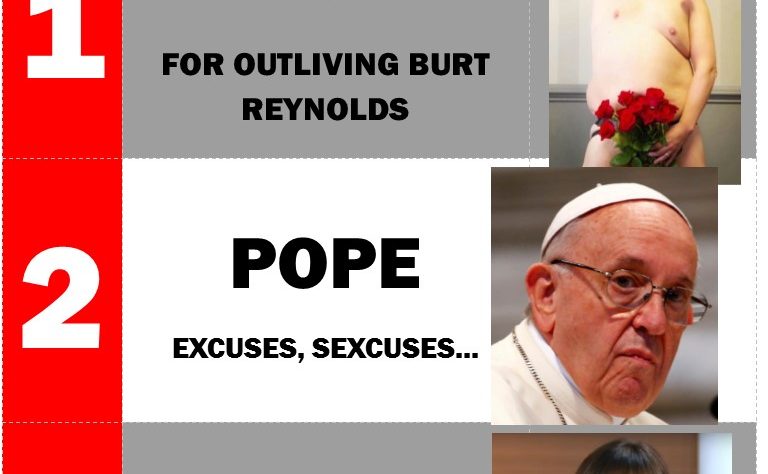 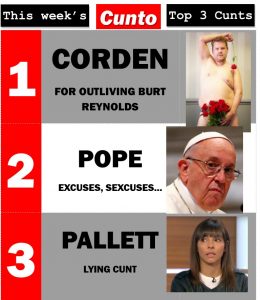 Corden smashes his lardy way to the top of this week’s Weekly Cunt Top 3 with the offensive act of remaining alive while the one of the world’s acting, action and comedy superstars (Burt Reynolds) passes away. Where’s the respect, chubs?

This new(ish) Pope is supposed to be a good one because he’s more OK with people being people than his predecessors. And he mentions that some priests may possibly have been slighty Yewtree, at some point, in the past… But yet he sits on a throne of lies, atop the battered and broken bodies of the world’s Catholic children.

It’s not cool and even a Good Pope is still a Cunt.

I had never heard of Roxanne Pallett until someone mentioned her on Cunto Twitter the other day. I had to look her up and it turns out it’s something to do with Celebrity Big Brother and that she lied about being punchd. I can’t be arsed investigating more deeply than this but Twitter seems fairly unanimous: she’s a cunt.