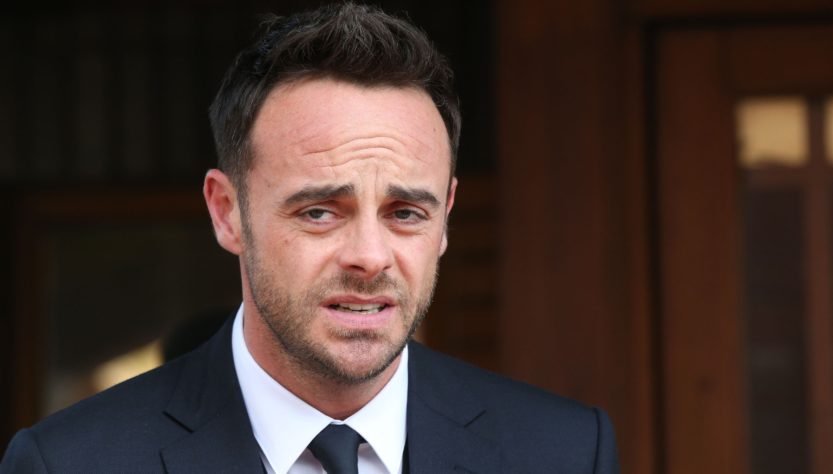 We’ve more or less had a month off but it’s time to start calling out weekly cunts again. Here is the first weekly Top 3 of 2019: 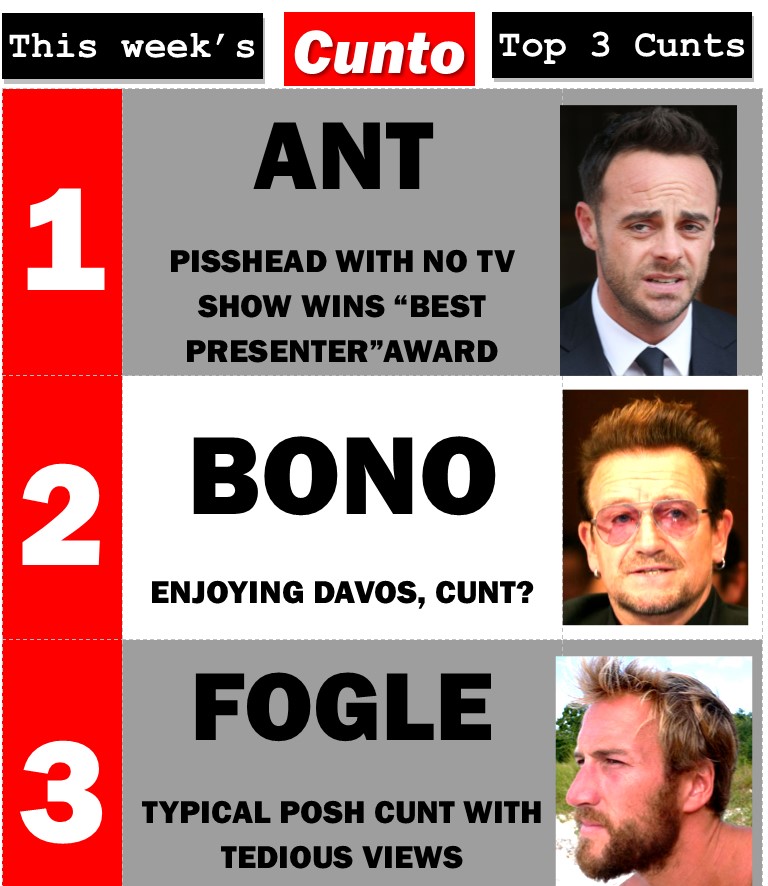 A proper shower of shit

Ant McPartlin tops the list this week. He goes off telly for a year to straighten out after boozing his way into a car crash… and then wins an award for ‘best presenter’. He didn’t present anything and he’s the “best presenter”. That’s like me getting an award for top Shagger 2018. To be fair, the worse cunts are the people who voted for him but he’s still a cunt to accept the award.

Bono came third place in a cunt contest the other day on Cunto’s twitter but he still makes #2 on the weekly list. Sniffing around the Davos like a money-slug, the self-appointed president of everyone on planet Earth continues his quest to be the saviour of everything, particularly his own tax bill. Cunt.

And thanks to Are You The Farmer on Twitter who clued me into the shitcunt known as Ben Fogle. This Fogle guy was vaguely on my radar but once alerted, I quickly became clear on what a prize cunt he is.

A typical posh boy who thinks he alone is responsible for saving the planet. Typical move on Twitter: attacks people for having too many children while simultaneously flying round the world, pumping out more carbon that it takes to run your street, ceaselessly polluting everything he can find in order to push his green warrior profile. Sick cunt.

Fogle is head of about six different eco-orgs including Save The Fucking Hedgehog. How is he supposed to do any of those jobs properly? Surely he’s too busy presenting TV, doing the other jobs and having a fucking pop at the poor to do any single job with any kind of effectiveness? What a privileged, tedious, big-chinned Tory cunt.