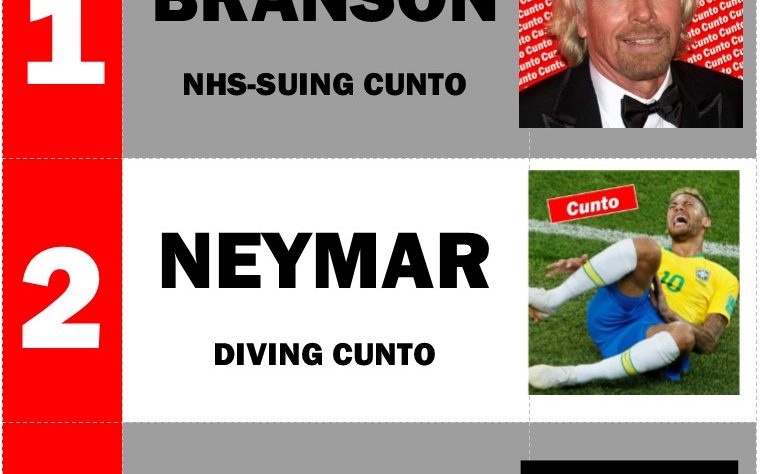 NHS-suing wank-puppet Richard Branson is top of this week’s Cunt Chart after it was revealed that when his Virgin Health company settled out of court with Surrey NHS they gave him £2 million of money.

The billionaire Branson will no doubt use this pay-off for the greater good seeing as he’s such a nice, beardy, wooly-jumper capitalist. There again he might just spend it on memory treatments

Two million quid. Where does that money come from? You’ve guessed it: it’s you mad cunts – aka the taxpayer. 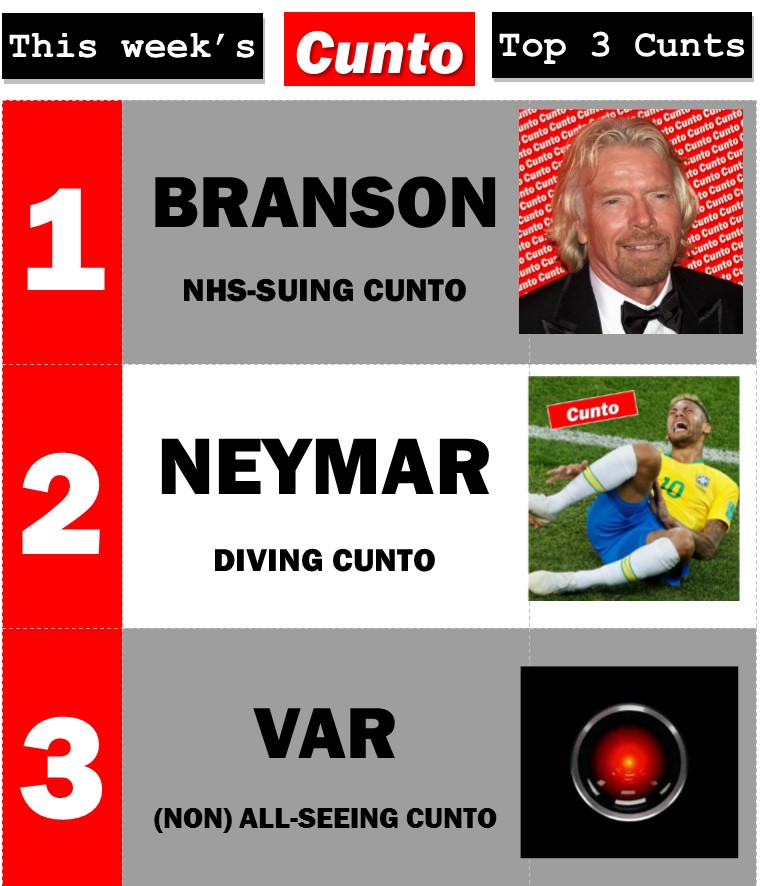 Number two is Neymar. Good player but we’ve had enough of his nonsense.Get off the floor and stop crying, cunt.

And three is FIFA’s World Cup super-intelligence system aka “VAR”.

VAR is changing the face of football but you can’t please all the people all the time and sometimes even when its right, VAR is wrong. It’s a riddle-noodle wrapped in a taco of misunderstanding.

Football’s gradual transfer of authority from ref to VAR is also a spooky premonition of the future where there will be no jobs, only machines… even the job of being a cunt is getting taken over by the robots.