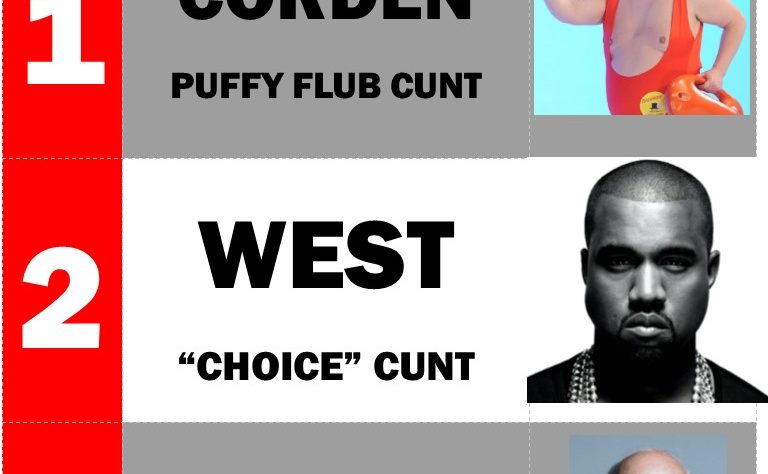 This week’s Top 3 reverts to type as James Corden roars back into the coveted no.1 position. He’ll be bragging to all the cunts later on tonight in some fucking LA Wine Bar: “That’s me been on the Top 3 more times than any other cunt”.

And they’ll say something supportive like “Shut up, fats” 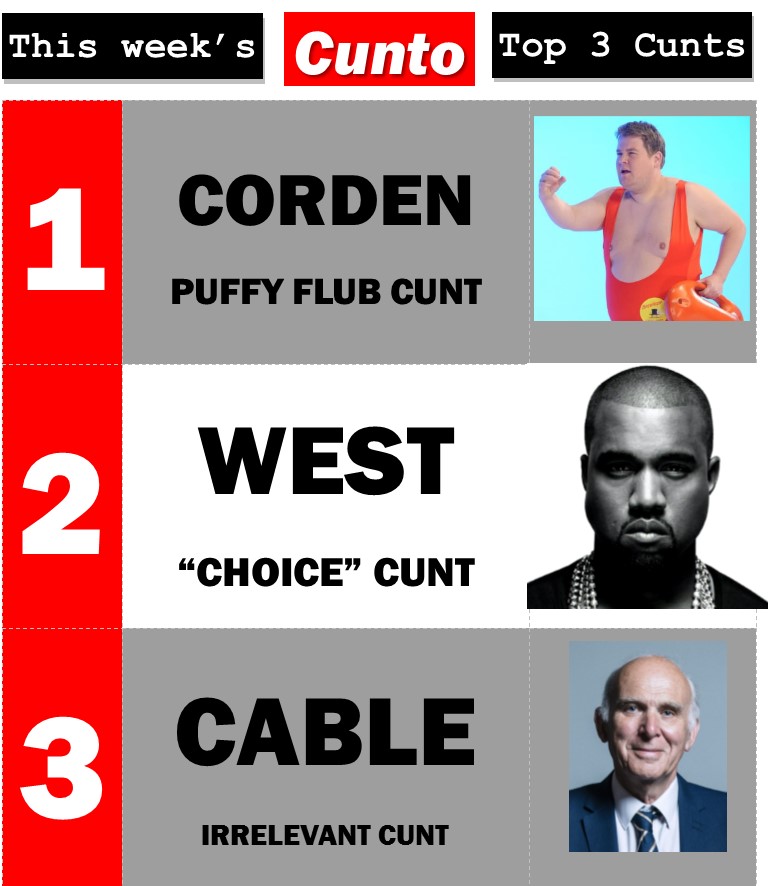 Meanwhile Kanye believe that Mr West called slavery a “choice” this week? Oh, he has a new album coming out.

And third place goes to useless cunt Vince Cable. Everyone absolutely loathes the Tories. Everyone ELSE wouldn’t touch Jeremy Corbyn with a shitty stick. With this circumstance, the Lib Dems should be all over the English elections. But of course, they’re third, like always. So there you go Vince: you’re the third worst cunt of the week. Another bronze medal for you. Well done.