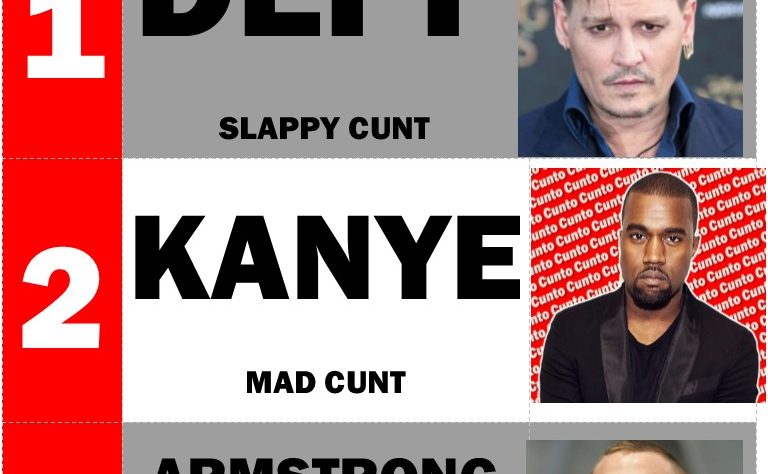 Kanye West – ranting like a madman for half an hour in the Oval Office. It’s literally the only way to shut Donald Trump’s mouth, but still a cunt. Slavery was a choice, don’t forget that!

Lance Armstrong – Responded to Geraint Thomas’s Tour de France trophy loss with a tweet more or less saying “Hey you can borrow one of my seven, dude”. What a  prick.