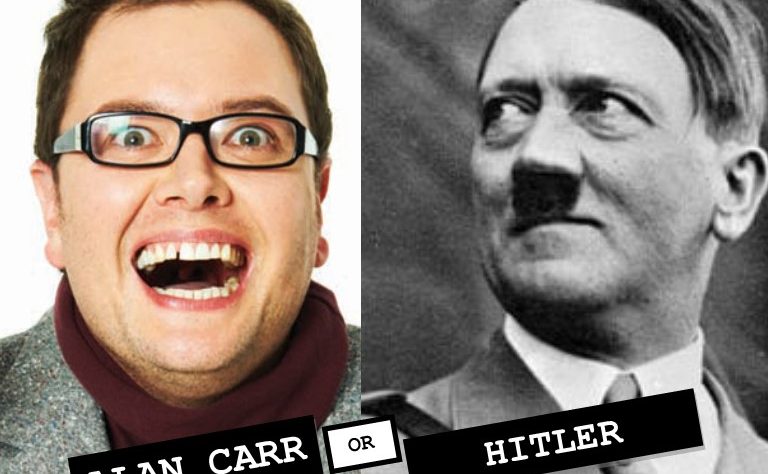 Who is the cunt out of this pair of utter weapons?
Now, Adolf Hitler may have ordered the destruction of the Jews and been directly responsible for the deaths of millions in a war he created…
but at least he didn’t sound like a camp cat in a choir of cunts.
Bottom line: Who’s the Cunt?