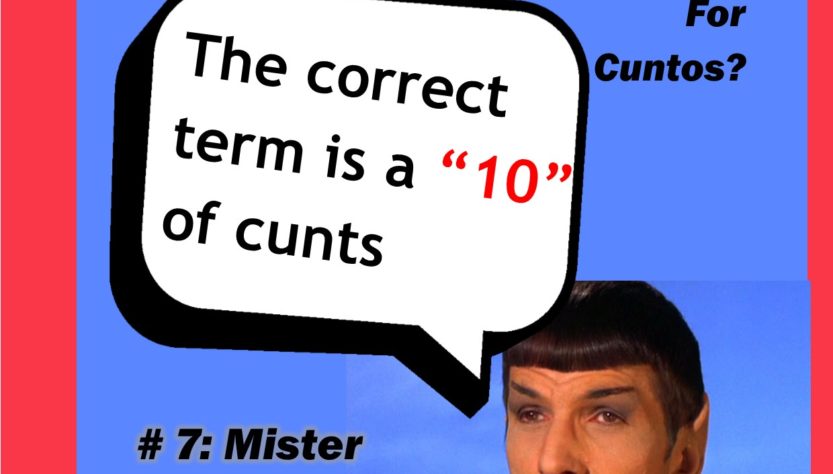 I was never than impressed with Star Trek. It’s tedious, phaser-cock pyjama-wank in space. Spock’s on the spectrum, the Captain just wants to tongue his way across the Universe. All the guys in red automatically die and, meanwhile, the Scottish guy is pished and yet makes the whole thing work.

(Scottish viewpoint: these two stereotypes cancel each other out which is acceptable, yet unsatisfying.)

To be fair, old binary-balls, Spock has read a bit and knows a lick or two.

So perhaps it’s worth asking his opinion on the correct collective noun for Cuntos. 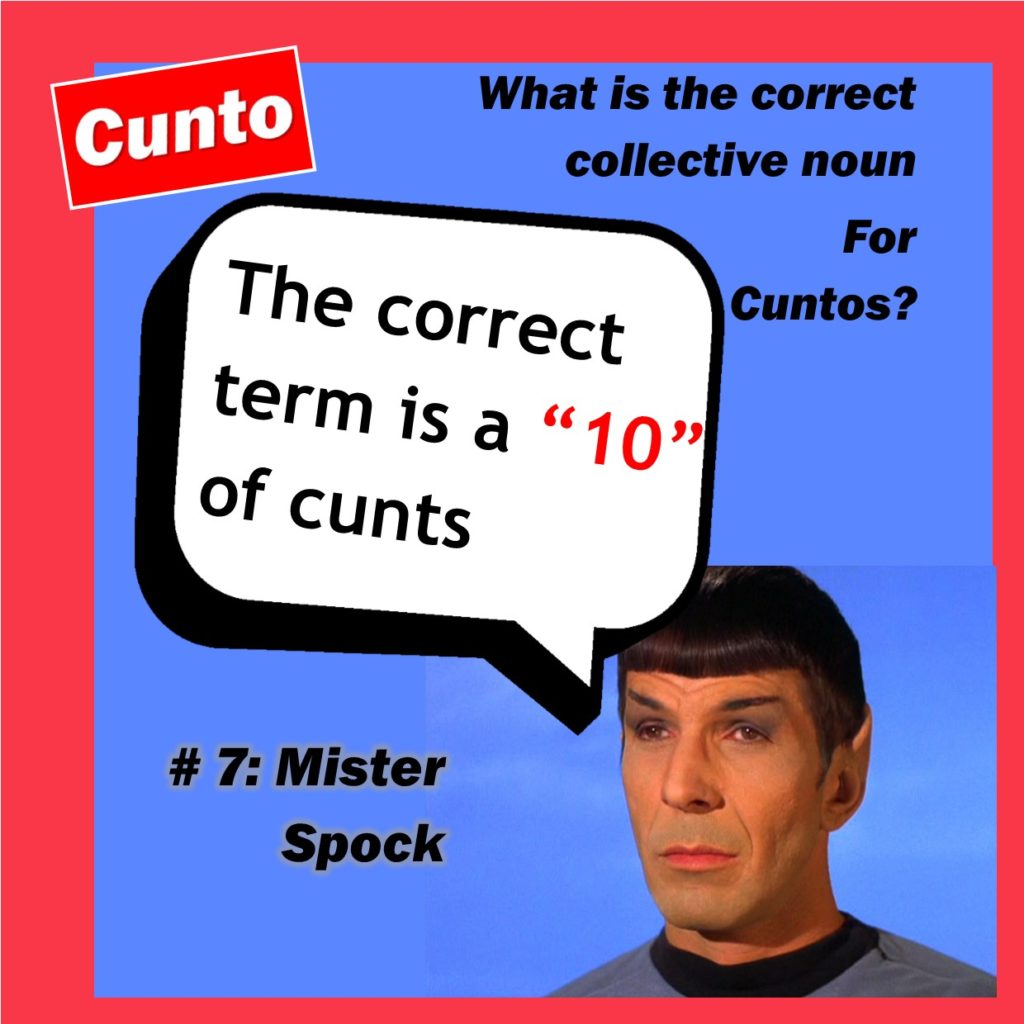 Then again, perhaps it’s not worth asking.

Put your eyebrows down, prick.